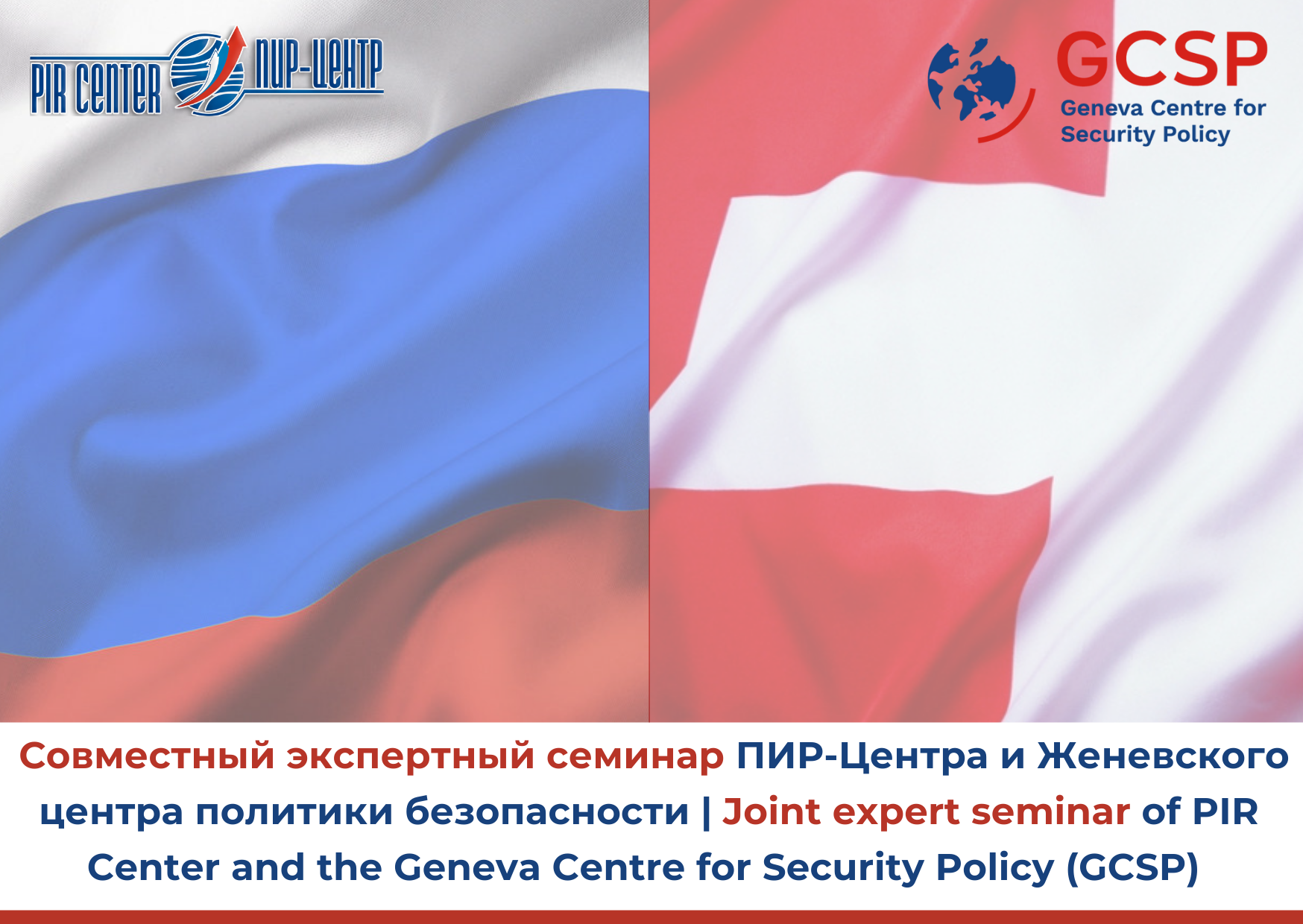 Track II Dialogue A Year After The Summit In Geneva

MOSCOW–GENEVA. JUNE 16, 2022. PIR PRESS. “This time last year, Geneva hosted a summit of the Russian and American Presidents. A feeling of euphoria was in the air. Today we see that it was ungrounded. However, at least one achievement of that summit can still be noted: Putin and Biden reaffirmed that a nuclear war cannot be won. Today, a potential limited nuclear war in Europe with tactical nuclear weapons is being actively discussed by media. This is not only fundamentally wrong, but also extremely dangerous. The risk of nuclear escalation is manageable,” Vladimir Orlov, Founder & Director of PIR Center.

PIR Center and the Geneva Centre for Security Policy (GCSP) held an online seminar “Danger of nuclear war and strategic (in)stability: is de-escalation feasible?” in a Track II format. Participants from Russia and the United States discussed the state of Russian-American strategic relations in three areas: risks of nuclear escalation, destabilizing weapons, and dangers of militarization of the Russia-NATO contact line. Experts from France and Switzerland were also present. Vladimir Orlov, PIR Center’s Director, and Amb. Thomas Greminger, GCSP’s Director, welcomed the participants.

The “Geneva component” of this brainstorming resonates with a one-year-old event. On June 16, 2021, Russian President Putin met U.S. President Biden, seemingly creating the basis for a normalization of relations between the two nuclear powers. Ambassadors returned to respective capitals; working groups on fundamental issues of bilateral cooperation were established – including the Strategic Stability Dialogue. A year later, there is no more talk of thaw or détente. Dialogue meetings in countries that are deemed unfriendly by Russia are not possible either. However, continuation of communication is still crucial.

Many participants in the Chatham House rule dialogue co-organized by PIR Center and GCSP agreed that the chance of a nuclear arms use in modern circumstances is extremely low but still higher than zero. To manage military risks, it was proposed to focus more on specific escalation scenarios rather than abstract threats. Some experts highlighted the need to restore the conventional arms control regime in Europe to minimize negative implications of the conflict in Ukraine. The participants also touched upon the impact of Sino-American relations and the state of the anti-Russian sanction’s regime on the potential for arms control between Russia and the United States. As for the modality of further steps, the experts pointed to the need for compartmentalization of Russian-American relations, which implies identifying separate areas in which dialogue is more likely than in others. Amid the failure of bilateral cooperation, a few experts noted the viability of multilateral formats.

Informal communication within the expert community as part of Track II diplomacy provides invaluable opportunities for shaping the space for future political compromises at a time when Track I is defunct or frozen. PIR Center hopes that informal expert meetings will continue to be held in a productive and creative manner.