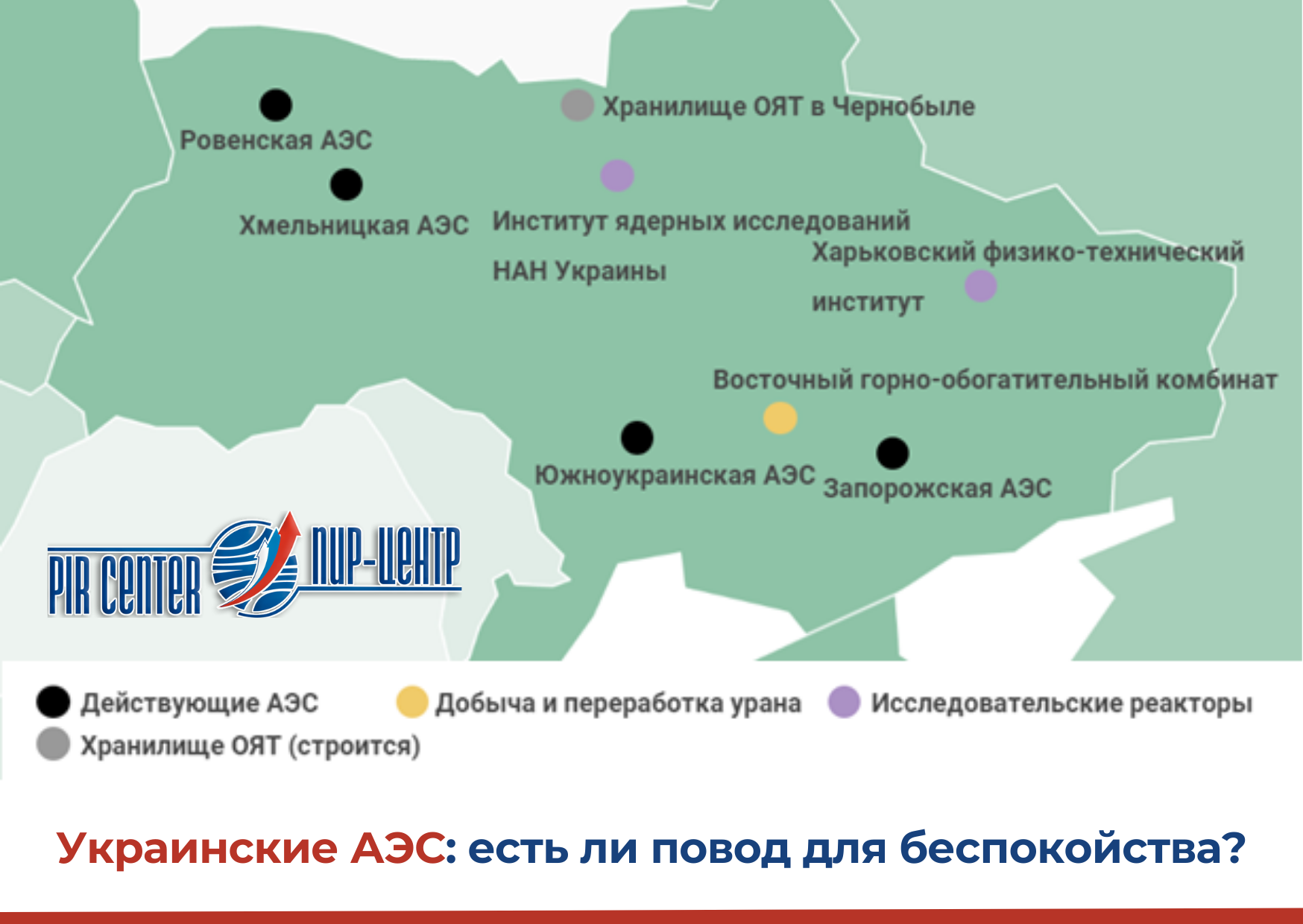 Ukrainian NPPS: Is There A Reason For Concern?

The situation around Ukrainian nuclear power plants (NPP) continues to be the main focus of those interested in and involved in nuclear issues. Even though no more Ukrainian NPPs have come under the Russian control over the past two weeks, the international community in particular the International Atomic Energy Agency (IAEA) – is worried about the safety of NPPs.

On March 10, IAEA Director General Rafael Grossi met in Turkey with the foreign ministers of Russia and Ukraine. After the meeting Grossi said that Moscow and Kyiv are ready to cooperate with the agency on ensuring Ukraine’s nuclear security.

Immediately after the talks in Turkey, the IAEA began to develop proposals for strengthening the physical security of nuclear facilities against the backdrop of Russia’s special military operation in Ukraine. Among other things, the agency began to discuss the option of placing its personnel at Ukrainian nuclear power plants. This option, apparently, is now considered as the main one.

On March 21, Rafael Grossi said that he hopes the agency will soon be able to send a field mission to Ukraine to ensure the nuclear security of NPPs that are under Russian the control. At the same time, Grossi noted that the mechanism being developed by the IAEA would not violate the sovereignty of Ukraine. According to him, the framework will make “no political references to the situation in the plants or no connection that could be construed as legitimizing the presence of anybody in a foreign territory.”

Another means of ensuring the safety of Ukrainian nuclear power plants under Russian control, according to the IAEA, is to ensure the rotation of personnel working at nuclear power plants. To a greater extent, this concerned the Chernobyl NPP, whose workers have not been replaced since February 24 – the day when the Chernobyl NPP came under the control of the Russian armed forces. The IAEA has repeatedly expressed concern about the extreme exhaustion of the staff, moreover, working in extremely stressful conditions.

Finally, on March 20-21, the long-awaited rotation of the personnel of the Chernobyl NPP took place. According to the Ukrainian regulator, about half of the workers at the power plant changed on the first day, and the rest on the second. Thirteen staff members declined to rotate, as did most of the Ukrainian guards.

The IAEA welcomed the long-awaited change of personnel at the Chernobyl NPP. Director General Rafael Grossi noted on March 21 that the agency continues consultations to agree on a framework aimed at ensuring the safety and security of all nuclear facilities in Ukraine, in the presence of which the IAEA “will be able to provide effective technical assistance for the safe and secure operation” of Ukrainian nuclear power plants.

Also, Grossi, referring to the data of the Ukrainian regulator, said that eight of the country’s 15 reactors remained operating, including the two at the Zaporizhzhya NPP, three at Rivne, one at Khmelnytskyy, and two at South Ukraine. The radiation levels at all NPPs are in the normal range and safety systems are operating. A research reactor in the capital Kyiv was in a safe shutdown state.

We continue to closely follow the developments around the crisis in Ukraine: