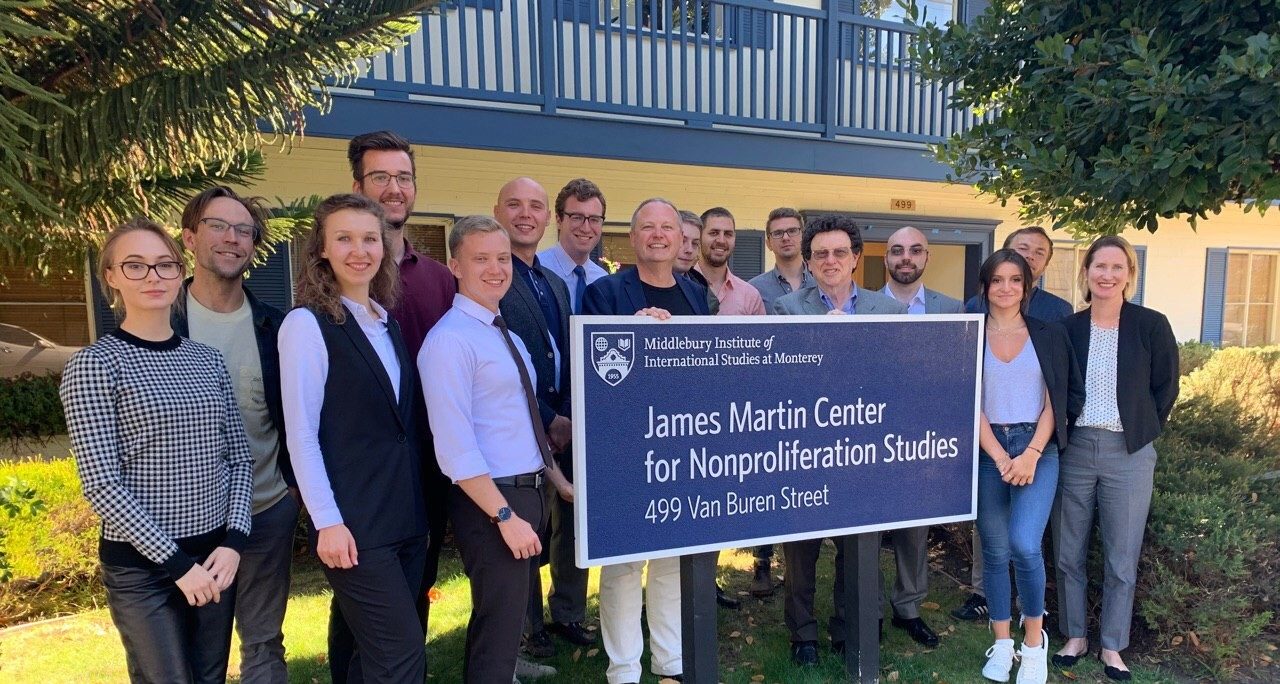 MOSCOW, OCTOBER 30, 2019. PIR PRESS. – “In the year of the PIR Center 25th anniversary, it can be stated with confidence that Educational Program of the organization remains one of the most successful and demanded. Since the establishment of the program, tremendous work has been done on its development, and it remains ongoing today. For more than 20 years we have been working together with our partners to create a community of next-generation specialists in the field of WMD nonproliferation and global security”, – Director of PIR Center`s Educational Program Yulia Sych.

From October 19 to 27, PIR Center Director Vladimir Orlov and PIR Center Educational Program Director Yulia Sych visited Monterey. During the visit a series of meetings were held with students of the Dual Degree Master Program in Nonproliferation Studies MGIMO-PIR-MIIS, with the faculty of the Middlebury Institute for International Studies (MIIS), as well as representatives of the James Martin Center for Nonproliferation Studies (CNS).

Vladimir Orlov held a discussion on issues of cooperation and development of the Dual Degree Program with the Director of the James Martin Center for Nonproliferation Studies and Professor at the Middlebury Institute for International Studies William Potter. PIR Center staff also met with colleagues from the Middlebury Institute — Jeffrey Knopf, Monterey’s Dual Degree Program Chair, Elizabeth Bone, Career and Academic Advisor, and Jill Stoffers, Senior Director of Institutional Partnerships. At the meeting existing problems in the interaction of parties, prospects and opportunities for improving the quality of both the program itself and its implementation were discussed.

Welcoming students of the third cohort of the MGIMO-MIIS Dual Degree Master Program, launched in collaboration with PIR Center in 2016, Vladimir Orlov emphasized the importance of building effective communication between students and professors in both Moscow and Monterey. Graduate students shared their impressions of the program at MIIS, talked about the courses that they attended as part of the 2nd and 3rd semester of study at the program in Monterey. Students also reported on their plans and expectations for the 4th semester, during which they will complete master’s theses and internships at international organizations and national institutions, leading think-tanks and companies which activities are related to the development of nuclear energy, non-proliferation and international security.

As part of a working trip, another meeting was held at the James Martin Center for Nonproliferation Studies. The Director of the Center William Potter, the Program Director for the Export Control and Nonproliferation Program Robert Shaw and other employees of the Center attended the meeting. Yulia Sych presented the PIR Center Educational Program, talked about existing projects and plans for development in 2020. The meeting participants discussed possibilities of expanding formats of cooperation, including use of modern technologies, and shared their experiences and ideas on forms of interaction with representatives of the non-proliferation community.

You can learn more about Educational Projects by contacting the Director of PIR Center Educational Program Yulia Sych by phone +7 (495) 987 19 15 or by e-mail sych@pircenter.org.