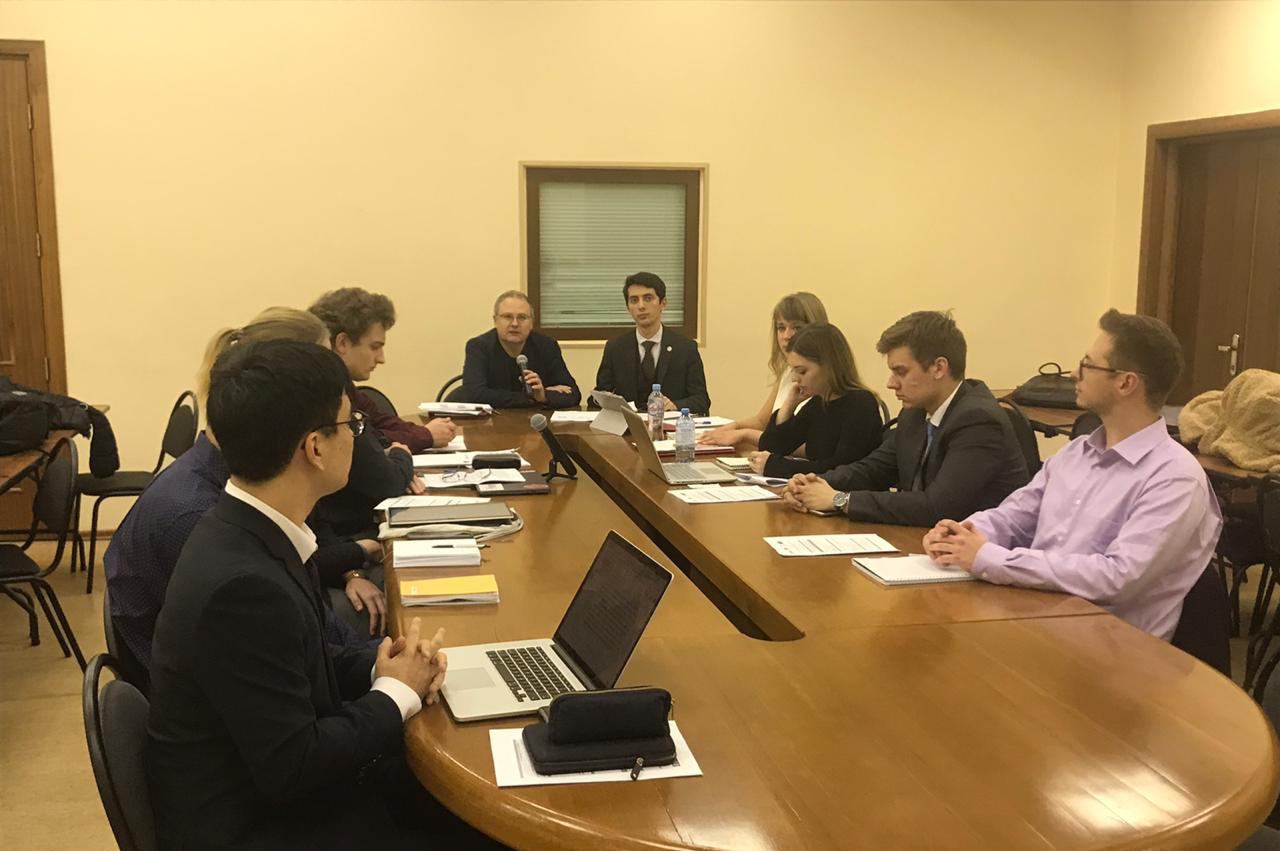 Main PIR Press News What Can Moscow And Washington Do Ahead Of The 2020 NPT Review Conference: Online Seminar Among Students In Russia And The US
Status: Open

What Can Moscow And Washington Do Ahead Of The 2020 NPT Review Conference: Online Seminar Among Students In Russia And The US

MOSCOW, DECEMBER 10, 2019. PIR PRESS — “Although I try to remain optimistic about the possibility of Russian-American dialogue in preparation for and during the NPT 2020 Review Conference … I am becoming more and more skeptical, even worried and disappointed with how events are developing. In such difficult times, it is especially important to generate constructive and positive ideas, and I look forward to welcome them from the young generation of experts”, – PIR Center Director Vladimir Orlov.

On November 19, 2019, PIR Center and the James Martin Center for Nonproliferation Studies (CNS) held an online seminar for the students of the international Dual Degree Master’s Program on WMD Nonproliferation established by MGIMO University and the Middlebury Institute of International Studies at Monterey (MIIS) in 2016 in partnership with and at the initiative of PIR Center.

The teleconference was opened by PIR Center Director Vladimir Orlov and CNS Director William Potter, the further discussion was moderated by the Editor of PIR Center “Yaderny Kontrol” Bulletin Adlan Margoev and Director of the CNS Eurasia Nonproliferation Program Sarah Bidgood. Students of the third and fourth cohorts of the Program took part in the telebridge, presenting a roadmap for Russia-U.S. cooperation on the NPT Review Process. The third cohort participated in the seminar from Monterey, and the fourth cohort – while in their first semester in Moscow.

The participants discussed challenges to the nonproliferation regime and issues that could lay the ground for U.S.-Russia cooperation for the sake of ensuring a successful 2020 NPT Review Conference as well as prospects and possibilities for strengthening the regime before 2025. The students were divided into three working groups, each covering a pillar of the NPT: nonproliferation, disarmament, and peaceful uses of nuclear energy.

After the roadmap presentation, two questions were brought up for discussion:

Unlike the 2018 telebridge, which took place even before the third NPT PrepCom, the participants noted that there was practically no time for effective cooperation on the eve of the 2020 Review Conference. The main thing that Russia and the United States could do to contribute to the success of the NPT Review Process is to extend the Strategic Arms Reduction Treaty (New START) by another five years. Other measures would either improve the perception of the situation in the international community without seriously changing the positions of Russia and the United States, or change the situation but with an eye to the next NPT Review Cycle. Therefore, it is necessary to decide which actions need to be taken realistically and urgently, and which could be performed in the foreseeable future to ensure the long-term success of the NPT.

You can learn more about Educational Projects by contacting the PIR Center Educational Program Director Yulia Sych by phone +7 (495) 987 19 15 or by e-mail sych@pircenter.org.