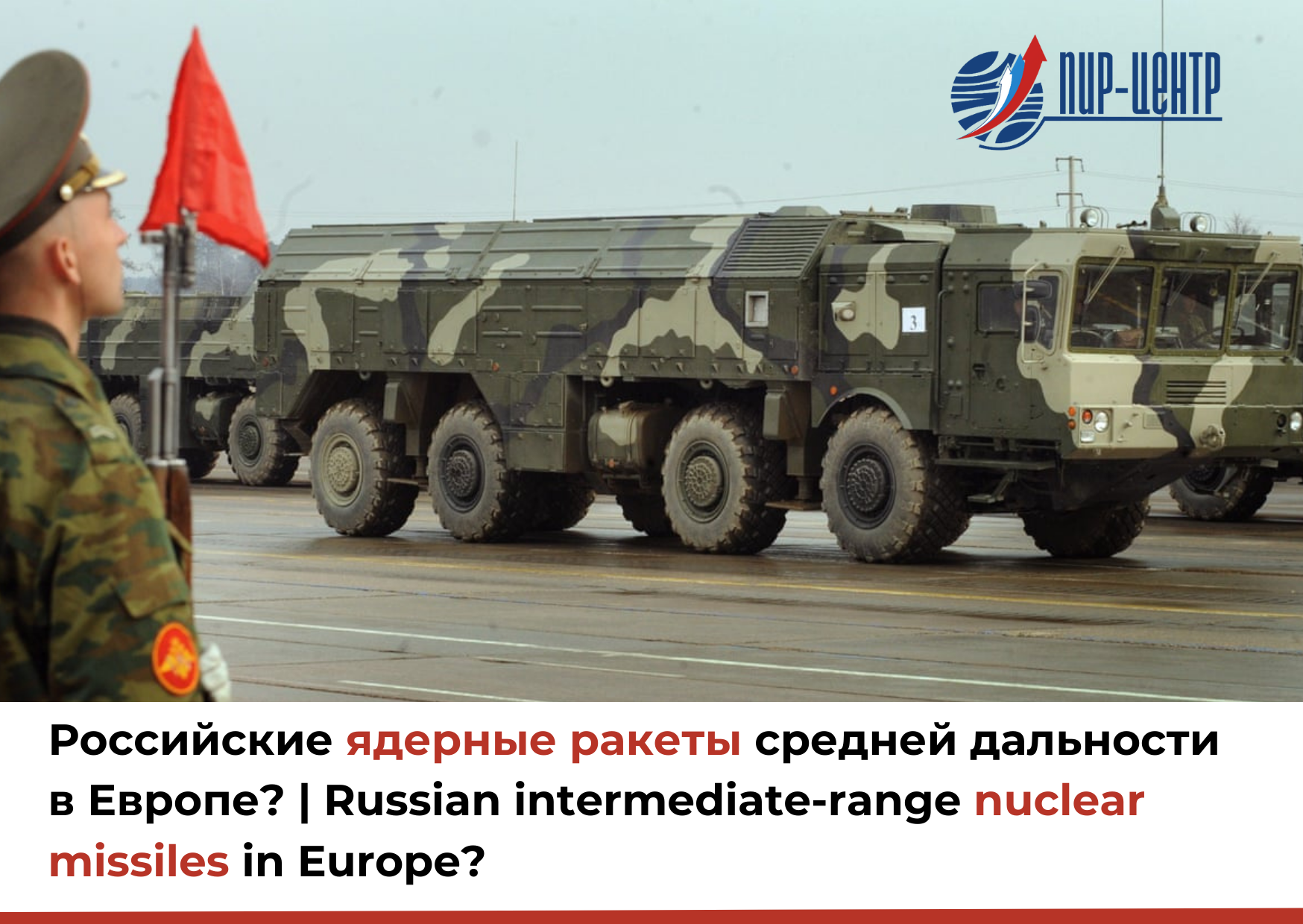 Will There Be Russian Intermediate-Range Nuclear Missiles In Europe?

Against the background of rising tensions between Russia and the NATO alliance over the military-political situation on the border between Russia and Ukraine, the lack of progress in finding a politico-diplomatic solution may prompt Russia to deploy the INF Treaty in the European part – bypassing the unilateral moratorium announced in 2018.

The reaction of the Russian side is a “military and military-technical response” to the revival by the American side of the 56th Artillery Command, which operated nuclear-capable Pershing missiles between 1963 and 1991. Due to the complete lack of confidence in NATO on the Russian side, the latter is unable to make sure that the delivery vehicles that NATO plans to deploy near Russian borders will not be nuclear-armed. According to the Russian side, in terms of the degree of danger, the situation is comparable to the Cuban missile crisis of the 1960s.

That said, Russia insists on a joint discussion of the European “security structure”, seeking to obtain legally binding security guarantees from the opposite side. The U.S.-Russian dialogue will presumably be utilized as the primary means of communication on this matter. For more details, see the latest interview with Deputy Foreign Minister of the Russian Federation Sergey Ryabkov.

In this regard, we suggest recalling the history of the Treaty that limited the above-mentioned delivery vehicles. On December 8, 1987, the Treaty on the Elimination of Intermediate-Range and Shorter-Range Missiles (INF Treaty) was signed between the Soviet Union and the United States of America. The INF Treaty banned the USSR and the United States from having in service, producing, and testing missiles of two classes – with a range of 500 to 1000 km (shorter-range missiles) and from 1000 to 5500 km (medium-range missiles). Also eliminated were launchers, launch sites, auxiliary equipment, vehicles, missile installers, launch containers, training equipment and other equipment deployed at American (including Western European) and Soviet (including the GDR and Czechoslovakia) facilities.

Since the signing of the Treaty, the international situation in the field of intermediate and shorter-range missiles has changed. On the one hand, the Russian leadership realized the impossibility of the “endless existence” of a ban on missiles of this class. So, for example, by the beginning of the 2010s, six countries (besides Russia and the United States) possessed ground-based MRBMs with nuclear warheads and some other countries – with conventional warheads. On the other hand, initiatives to transform the Treaty into a multilateral one never succeeded. On the contrary, each party to the INF Treaty accused the other of violating the provisions of the Treaty, which only exacerbated the crisis situation around it. More on the problems of the INF Treaty and possible scenarios for the development of the situation around missile of this class, see the article by Evgeny Buzhinskiy.

In 2018, the United States announced its withdrawal from the INF Treaty. In response to this, in early 2020, Russian President Putin issued a statement “on additional steps to de-escalate the situation in Europe in the context of the termination of the Intermediate-Range Nuclear Forces Treaty”, declaring the above-mentioned moratorium on the deployment of ground-based INF in the European part. PIR Center experts commented on the withdrawal of the American side from the INF Treaty and the significance of this decision for Russia’s interests, see here.

More on the INF Treaty at PIR Center: