Main Vladimir Orlov: Can it be true that PIR Center is a quarter of a century old today?

Vladimir Orlov: Can it be true that PIR Center is a quarter of a century old today?

Dear members of the PIR Community, Dear PIR People, Can it really be true that PIR Center is a quarter of a century old today? It would be a great occasion for a grand celebration, wouldn’t it. But I still cannot quite believe it. When me and a tiny team of my associates were establishing PIR Center in the spring of 1994, working in a small room on the corner of Tverskaya Ulitsa and Strastny Boulevard overlooking the Pushkin statue in the very heart of Moscow, I could hardly imagine that this great institution would live long enough to see the new century and indeed the new millennium. If someone told me back at the time that it would mark its 25th anniversary in Moscow, Geneva and New York, or that greetings would be pouring in from all over the world to what is now a highly reputable international nongovernmental organization, I probably wouldn’t believe them. After all, how many fly-by-night NGOs have we all seen over the years – here today, gone tomorrow? Our PIR Center, however, is a different matter altogether. It is not just one of the oldest, but also one of the most respected think-tanks here in Russia as well as internationally. PIR has become something of a password. Say the word, and it’s clear you belong to a community of people doing a great and important work, delivering top quality, and operating with a view to far horizons. “I’ve been through the PIR Center School”; “I’m part of the PIR Community”: these words open many important doors. They are like a magic key we’ve wrought together over the past quarter-century. And by “we” I mean fifteen hundred staffers, advisors, experts and contributors to our publications, as well as colleagues from half a hundred states who’ve graduated from our various education programs. PIR Center, turns out, is here to stay. Mission impossible has now become mission accomplished. The acronym PIR no longer requires translation or explanation: see for yourselves in Delhi, Nur-Sultan, Tehran, Washington, Bern, Havana or Baku… This is the result of your work, your hard slog, your speeches, articles and reports – and most importantly, your thoughts and ideas. Our thoughts and ideas, the PIR ideas. And that certainly deserves my sincere congratulations. Three cheers to that, and a great Hurrah! 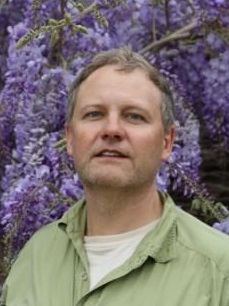