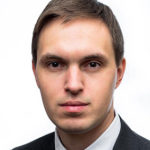 The single draft resolution submitted by Russia and the United States to the First Committee of the United Nations General Assembly opens a new stage in the global debate on information and communication technologies within the context of international security. The restoration of consensus, the broadening of participation and the anticipation of exact contributions to overcoming cyber-threats are the key features of the resolution.

The previous stage (2018–2021) was marked by two concurrent UN negotiating formats: Group of Governmental Experts (GGE) and Open-ended Working Group (OEWG). These two groups were established pursuant to two competitive resolutions. The reconvening of the GGE, a format in which information security issues have been discussed since the 2000s, was proposed by the U.S. and its allies. Russia with its supporters advocated the creation of the OEWG, a new format open to the participation of all United Nations Members.

While the proponents of each document voted against each other’s draft, both resolutions were adopted. Moreover, representatives of both sides participated actively in both the OEWG and the GGE.

Despite the continued rivalry between the two groups and the challenges posed by the pandemic, both processes were successful last spring. The OEWG adopted a consensus report in March and the GGE — in May. As a result, the international community was able, first, to recommit itself broadly to the agreements reached earlier in the United Nations, including a set of voluntary norms, rules, and principles of conduct in cyberspace, and, secondly, to deepen understanding of those norms, interpretation of international law and mechanisms for cooperation.

The symbolism of the new draft resolution submitted to the First Committee on 8 October is reflected in its title. It was composed by adding the names of resolutions proposed earlier by Russia (the first of which was submitted to the General Assembly in 1998) and competing resolutions proposed by the US, which have been adopted since 2018: «Developments in the field of information and telecommunications in the context of international security and advancing responsible State behavior in the use of information and communications technologies».

Behind this sophisticated name is the compromise reached by Russian and American diplomats, which put together the information security agenda split in 2018.

The preambular part of the draft reflects countries’ general perceptions and concerns about the role of ICT in today’s world. In addition, it was reaffirmed that voluntary, non-binding norms are important for reducing risks to international peace, security and stability along with setting standards of responsible state behavior. It was also emphasized that given the unique attributes of information and communications technologies, additional norms could be developed over time and future elaboration of additional binding obligations, if appropriate, would be necessary. This pillar is an example of a compromise reached by proponents of the implementation of existing agreements and those states (including Russia) that consider it necessary to develop legally binding instruments to regulate ICT.

The main point in the operative part of the draft is the unequivocal support for the new Open-ended Working Group for 2021-2025. The importance of this paragraph is easy to comprehend when we recall that a year ago in the First Committee, 50 countries, including the United States, voted against a draft resolution establishing a new OEWG for a five-year term. Now, if the resolution is adopted, the OEWG will become the only common format for cyber security negotiations in the UN. In addition, the operative part welcomes the achievements of the OEWG and the GGE, which should henceforth be the focus of states.

In addition to Russia and the United States, 53 countries co-sponsored the project. Among them are American allies such as Australia, the United Kingdom, Germany, France, Japan, and many states from Africa, Latin America, and Asia. China and most other Shanghai Cooperation Organization members (except Uzbekistan), as well as Russian Collective Security Treaty Organization allies, are not yet co-sponsors, but they can probably support the draft resolution before the vote in the First Committee.

Such broad support has been made possible by the understanding reached by Russia and the United States, by the two leaders of these countries, on the development of norms relating to information security. According to «Kommersant», the development of a joint resolution was made possible by the resumption of Russian-American cooperation in the sphere of cybersecurity after the June summit in Geneva. Overcoming differences in the United Nations can be recorded as one of the first results of the relaunching of the dialogue between Moscow and Washington, along with the intensification of the information exchange between the law enforcement agencies of the two countries.

A constructive start to a new phase of negotiations at the UN sets a high bar in terms of expectations for the work of the OEWG. Many countries expect more practical results and real contributions from the negotiating process to ensure their security in the information area. France, Egypt, and about 50 other countries have proposed (at the level of a declaration rather than a draft resolution) the launch of a Program of Action to Promote Responsible Behavior of States in Cyberspace — a time-unlimited process, focused on the implementation of agreements. The reports on which the new OEWG will be based contain concrete ideas on international cooperation to strengthen information security. In the coming years, the negotiators will have to work seriously both on the development of international regulation of ICT in the context of international security and on practical steps to translate the shared vision into reality.