Main Our publications PIR Post Kyiv and the nuclear bomb

Kyiv and the nuclear bomb 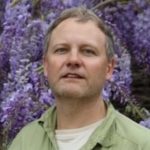 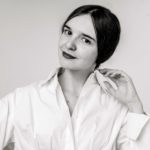 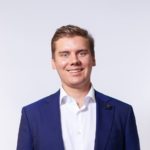 Speaking at the Munich Conference on International Security on February 19, 2022, President of Ukraine Vladimir Zelenskiy threatened to invalidate the Budapest Memorandum unless security guarantees were provided to Kiev. Under the diplomatic wording of the refusal of the “package decisions of 1994,” Zelenskiy, in particular, meant the possibility of revising Ukraine’s accession to the Treaty on the Non-Proliferation of Nuclear Weapons as a non-nuclear state.

Later, the Minister of Foreign Affairs of Ukraine Dmitry Kuleba stressed that he considers Ukraine’s refusal from nuclear weapons a mistake. “Given the fact that we have abandoned our nuclear arsenal and the security guarantees we were given have not worked, I think some countries should feel responsible for this. And work hard to create the right and effective security guarantee for Ukraine,” the head of Ukrainian diplomacy said.

After 2014, many Ukrainian politicians, journalists, and public figures made statements in a similar vein. The Ukrainian elite is convinced that if Ukraine had retained its nuclear potential, it would have avoided “Russian aggression”. Such a linear perception does not give a complete picture of how and under what conditions Ukraine gave up nuclear weapons, to what extent the existing potential corresponded to the goal of deterring Russia, and to what extent Ukraine would be ready to maintain a nuclear potential on its territory.

The “nuclear dreams” of Kyiv caused a sharply negative reaction in Moscow. During a report at an extraordinary meeting of the Security Council of the Russian Federation on February 21, 2022, Russian Defense Minister Sergei Shoigu made it clear that such a statement by the Kyiv regime is taken seriously. “Ukraine has equipment, technologies, specialists who can and have capabilities, in my opinion, much greater than those of Iran and North Korea”.

Russian President Vladimir Putin in his keynote speech on February 21 this year, dedicated to the recognition of the independence of the DPR and LPR also paid attention to the threats to the security of Russia, which may entail the creation of its own nuclear arsenal by Kyiv.

According to our assessment, at this stage Ukraine is unable to create nuclear weapons on its own. At the same time, this does not mean that the “nuclear theme” in Kyiv’s rhetoric will subside amid the decision to recognize the independence of the DNR and LNR. On the contrary, the Kyiv leadership will be interested in maintaining the uncertainty around this topic in order to extort additional preferences, economic and military assistance from their Western patrons.

The PIR Center’s assessments, over the course of a number of recent design studies, also show an increasing risk of deploying nuclear weapons outside the national territories of nuclear-weapon states. We have to admit that the deployment of U.S. nuclear weapons on the territory of a number of European states has already become a chronic disease of the Treaty on the Non-Proliferation of Nuclear Weapons (NPT). The world community seems to have come to terms with this fact. Is this just normal?

A reasonable alternative to the growing threats of nuclear proliferation, including the deployment of nuclear weapons on the territory of now non-nuclear states, is the system of treaties on the establishment of nuclear-weapon-free zones (NWFZs). These treaties go further than the NPT, excluding the appearance of nuclear weapons on the territories of states. The system of NWFZ treaties covers practically the entire Southern Hemisphere. But here in Europe we see nothing like that. Despite the fact that it is here that the key lines of nuclear tension now intersect. Over the years, initiatives to create a zone free of nuclear weapons in Central and Eastern Europe (or a NWFZ from the Baltic to the Black Sea) were expressed by Poland (at the time of the Warsaw Pact), and later by Belarus, Ukraine. Interesting proposals were made by the Swedish researcher Jan Pravits. However, in the 1990s they ran into a blank wall – primarily in Poland and the Czech Republic. Then Ukraine also lost interest in this topic. We believe that the time has come, in the context of an analysis of the prospects for European security, to return to the expert study of this issue.

Is it conceivable to imagine the appearance of nuclear weapons in Ukraine – whether it is our own, or American? The same emotions can be addressed in relation to a number of other subjects of the PIR Center’s ongoing research (in particular, Turkey, South Korea, Japan, etc.; for that matter: there is American nuclear weapons in Turkey, but it has been located in South Korea for a long time!). But for us at the PIR Center, it’s not about emotions. We are moving them away. And we rely in our research on the analysis of the sources at our disposal – without alarmism, but in such a way as not to miss new threats while, they say, this is unthinkable.

We presume that the emergence of new nuclear powers is contrary to Russia’s interests, wherever these new powers appear. But this threat will become especially acute if such new powers appear along the perimeter of Russian borders. From the point of view of Russia’s security interests, this is unacceptable.

Discussions about the need to preserve Ukraine’s nuclear status have been going on since the collapse of the USSR. Though the removal of nuclear weapons from the territory of Ukraine was completed back in the 1990s, phantom pains on this issue persist among the nationalist-minded part of the Ukrainian elite today. While continuing to stir up this topic, the nationalists inevitably lose sight of the fact that renunciation of the nuclear status was the only objectively possible option for Ukraine. The costs of maintaining a nuclear arsenal and its modernization, the risks of economic and political isolation considerably outweigh the possible benefits of “nuclear autonomy.”

Ukraine has some opportunities to create nuclear weapons. Ukraine has had a developed industrial base, technologies for the production of launch vehicles, personnel, and a resource base; all of it is a legacy of the Soviet Union. Nevertheless, there are significant gaps in this “resource abundance”, such as the absence of uranium enrichment, plutonium processing, tritium production facilities, and the lack of experience in the production of warheads.

In addition, the current crisis, as well as Ukraine’s dependence on external funding, makes it extremely vulnerable to the financial arguments of Washington, which is clearly not interested in Ukraine having a nuclear arsenal. Also, the Additional Protocol to the Comprehensive Safeguards Agreement concluded with the IAEA practically excludes the possibility of imperceptible diversion of nuclear material for military purposes. Despite the statements of a number of politicians in favor of Ukraine’s withdrawal from the NPT, compliance with this protocol is in the Ukraine’s interests because the loss of a nuclear-free status would spoil Ukraine’s relations with Western countries and would actually leave the country in international isolation.

By making manipulative statements, Ukraine, on the one hand, is trying to speed up the process of joining NATO and to “pull out” financial and military assistance from Western partners. “The United States and our allies have no intention of supplying nuclear weapons to Ukraine, and Ukraine does not want them,” U.S. Ambassador to the UN Linda Thomas-Greenfield.

The greatest danger to Russia’s security interests is the gradual involvement of Ukraine in the Alliance’s nuclear activities with the prospect of deploying U.S. nuclear weapons and high-precision strike systems on the territory of the country.

As President Putin noted, even with the deployment of only NATO aviation on the territory of Ukraine, it would jeopardize the security of Russia up to the line “to the line of Volgograd – Kazan – Samara – Astrakhan”.

“With the appearance of weapons of mass destruction in Ukraine, the situation in the world, in Europe, especially for us, for Russia, will change in the most radical way. We cannot fail to respond to this real danger,” – Russian President Vladimir Putin.

“There is equipment, there are technologies, there are specialists who can and have capabilities, in our opinion, much greater than the capabilities of Iran and North Korea, which are being talked about at all levels and are working on agreements for these countries to be denuclearized,” – Head of the Russian Defense Ministry Sergei Shoigu.

The implementation of these plans is casus belli. The primary task of Russian diplomacy is to “drive” this idea into the heads of its Western partners. In particular, even the theoretical possibility of connecting the Ukrainian Air Force to NATO exercises with a nuclear component – SNOWCAT, and the supply of aircraft to Ukraine that could potentially be certified to carry American B-6140 nuclear gravity bombs should be opposed in every possible way.

The weightiest military-technical argument will be the study of the possibilities of creating similar risks for Western countries. In this context, one should keep in mind the readiness voiced by President Alexander Lukashenko to deploy Russian nuclear weapons on the territory of the Republic of Belarus.

Various military-technical options, however, cannot and should not replace diplomacy. The recognition of the DPR and LPR is not the last act in the reconfiguration of the model of international relations that has developed after the unsuccessful end of the Cold War for Russia. But the lesson of the previous stage of confrontation with the West remains the same: arms control is not a political bonus or an option. It is a tool of predictability and a way of saving energy, in which everyone is equally interested. This means that work on a new corset of military-technical restrictions should continue. Even if the corset is too tight for Ukrainian fashion models.