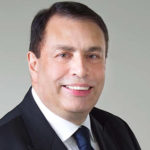 “We now have the opportunity to carry out the important work of the Review Conference and to ensure the NPT maintains its place as the cornerstone of the nuclear disarmament and non-proliferation regime and an essential pillar of international peace and security”, Ambassador Gustavo Zlauvinen.

It’s done, finally, Ambassador Gustavo Zlauvinen (President-designate) has confirmed that the Tenth Review Conference of the Treaty on the Non-Proliferation of Nuclear Weapons (NPT), will convene at the United Nations in New York from January 4 to 28, 2022.

This confirmation follows Ambassador Zlauvinen’s proposal circulated on October 18, 2021 in which he sought concurrence of NPT States Parties, by October 22, at 4:00 p.m. New York time, for a decision to confirm the tentative dates of January 4 to 28, 2022 for the Tenth NPT Review Conference at the United Nations Headquarters.

It has been agreed that should current COVID-19 pandemic restrictions prevail at the UN, the Conference Secretariat will explore all available options to ensure that the Review Conference can be held with modalities as close as feasible to previous such conferences.

President-designate Zlauvinen was finally able to sound a positive note when he stated in his notification that, “we now have the opportunity to carry out the important work of the Review Conference and to ensure the NPT maintains its place as the cornerstone of the nuclear disarmament and non-proliferation regime and an essential pillar of international peace and security”.

While Ambassador Zlauvinen deserves full plaudits for his dedication and persistence in finally securing agreement on the dates, in the meantime his labours at the upcoming review conference may have become even more challenging.

Divisive issues are springing up and old ones becoming more complicated, such as for example: increasing nuclear weapon risks created by disruptive new technologies of hypersonic and nuclear-propelled missiles, weaponized cyber technologies, anti-missile and anti-satellite systems; collapsing nuclear arms control architectures; stasis in progress on nuclear disarmament and “rusting of the disarmament machinery”; sabotages of safeguarded nuclear facilities and assassinations of nuclear scientists; stalemate regarding a nuclear-weapon-free zone in the Middle East; continuing issues regarding the nuclear file of Iran and the Joint Comprehensive Plan of Action (JCPOA); and, the nuclear and missile programmes of North Korea.

On the positive side, the delay since April 2020 has demonstrated the utility of online consultations and discussions, thus enriching the discourse on NPT matters despite controversial and divisive issues and establishing a new modality in the context of the strengthened review process for the NPT.

Under current COVID-19 conditions in New York, the UN General Assembly and related Committee meetings have been taking place with limited number of delegates in the meeting rooms, statements limited in time and encouraged to be delivered online, and civil society excluded from entry into the UN premises. This total exclusion of civil society is unfortunate and regrettable, but to an extent not surprising as the UN Charter opens with the famous words, “We the Peoples of the United Nations” but then never refers to the Peoples again!

At the NPT Review Conference, the traditional session allocated to presentations by civil society shall be virtual. Should conditions permit and subject to availability, civil society could be provided a separate on-site conference room for limited participation. Generally speaking, civil society representatives operate on very limited or shoestring budgets, and put in a lot of unpaid time and effort in developing working papers and side events to put forward their views on nuclear disarmament and non-proliferation. Their exclusion from the Review Conference will be most unfortunate and delegations deprived of valuable insights and inputs.

In my view, the NPT Secretariat should consider allocating 5 to 10 “floating” access badges for civil society to be allocated by them amongst themselves on an equitable basis to access the Review Conference. “Floating” access badges would be generic and not by name or organization but allow entry into the UN premises and to the open sessions of the NPT Review Conference—on a rotational basis decided amongst themselves by registered civil society representatives. This would be a good compromise and essentially match the access accorded to delegations—that of four or more delegates per delegation in meeting rooms at any given time.

Originally scheduled to be held at the United Nations in New York in from April 27 to May 22, 2020, the COVID-19 pandemic forced the closure of the UN premises and travel restrictions led to international travel grinding to a virtual halt. Not surprisingly, the diplomats and delegations lurched from impractical dates in April – May 2020 to January 2021 and finally to August 2021—even though it was obvious that it would not be possible to safely hold meetings indoors that bring together a few hundred people—in the case of the NPT review conference, for a period of 20 working days.

In August, with the COVID-19 virus still raging in New York and in most parts of the world, a further postponement was announced and dates in January 2022 were proposed. Though there were objections voiced regarding these dates conflicting with orthodox Christian holidays, the start of the first session of the Conference on Disarmament in Geneva, and the first meeting of States Parties to the 2017 Treaty on the Prohibition of Nuclear Weapons scheduled for January 12 to 14 in Vienna; eventually the objections fell away and the new dates have been agreed as discussed above.

For my part, I (perhaps an incorrigible pessimistic-optimist with long NPT experience) have been baying in the wind for nearly two years that the NPT review conference should have been postponed to April-May 2022 and moved to Vienna. However, now that the January 2022 dates have been decided, it makes little sense to postpone the conference further unless COVID-19 makes a raging comeback in New York next January and vaccinations globally are still lagging behind as now.

As I have noted previously, NPT review conferences are not UN conferences—rather, they are conferences of the States parties to the NPT, paid for by them separately from UN membership dues and are governed by their own rules of procedure (RoP). Thus, the President-designate and NPT States parties are fully empowered to make their own decisions under the rules of procedure (RoP) for the dates and venues of NPT review conferences taking into account prevailing international political and health developments.

The only international organization to which the NPT accords a formal role is the International Atomic Energy Agency (IAEA)—the role of implementing safeguards or verification of the non-proliferation obligations of non-nuclear-weapon States (NNWS) parties (NPT article III). The inalienable right of States parties (NPT article IV) to utilize nuclear technologies for peaceful purposes by NNWS, especially developing countries, in practice has come to be implemented through the technical cooperation programme of the IAEA.

In addition, the Comprehensive Nuclear-Test-Ban Treaty Organization (CTBTO) also is located in Vienna along with the IAEA at the Vienna International Centre (VIC)—thus an element of nuclear disarmament (NPT article VI) also is present in Vienna.

With increasing attention devoted to the carbon footprint of international travel, especially in the run up to the climate change conference COP26 in Glasgow scheduled in November this year; it is not inconsequential that the location of Vienna in Central Europe will greatly reduce distances to be travelled by NPT delegates from Asia, Africa and Oceania, as well as of course from European countries. These regions put together comprise the largest number of NPT States parties and countries in the world—thus reducing the carbon footprint of the review conference. Only the North and South American delegates will have increased travel distances, but these obviously are a minority compared to those from other regions.

If up to 196 States can send delegations to Conferences of Parties (COP) of the United Nations Framework Convention on Climate Change (UNFCCC) to venues such as Paris and Kyoto, and later this year to Glasgow; then it is perfectly logical to convene the Eleventh NPT Review Conference of 191 States parties in Vienna.

It may be recalled that starting in 2007, the first session of the NPT PrepCom was moved to Vienna (from New York) in commemoration of the 50th anniversary of the IAEA and the Agency’s contributions to the implementation of the NPT.

Again, as I had pointed out a year ago, what is needed is that diplomats covering the NPT, including those in Vienna, need to discover “courage” in their heart—courage that seems to be missing in action much as the Lion in the Wizard of Oz seemingly was missing courage. The Lion does indeed have courage only to be discovered when it encounters the “Wicked Witch” and stands up to “Be a lion, not a mouse” and recognizes “Courage. What makes a King out of a slave? Courage!”

Recall, President John Kennedy’s inspirational speech on September 12, 1962, in which he threw out the challenge, “We choose to go to the moon in this decade and do the other things, things, not because they are easy, but because they are hard, because that goal will serve to organize and measure the best of our energies and skills, because that challenge is one that we are willing to accept, one we are unwilling to postpone, and one which we intend to win, and the others, too” (emphasis added). Consequently, the first humans landed on the Moon on July 20, 1969 and returned safely to Earth—mission accomplished more than half a century ago.

Speaking at a webinar held in Vienna, President-designate Ambassador Gustavo Zlauvinen cited “the great Nelson Mandela [who] said: Where people of goodwill get together and transcend their differences for the common good, peaceful and just solutions can be found even for those problems which seem most intractable”.

Hopefully, he and NPT diplomats together will find the necessary goodwill and reach amicable concord in January to review the implementation of the NPT during 2015-2022 and to set new targets for the three pillars of the Treaty for the 2022-2025 period. And, in a salute to their Treaty, NPT States could agree to convene future review conferences in Vienna and issue special postage stamps as commemorative tokens albeit in a digital age to mark the 50th anniversary of the NPT that passed in 2020.