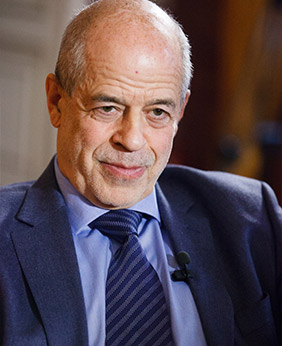 PhD in History, Professor, Corresponding Member of the Russian Academy of Sciences. In 1968, he graduated from the Faculty of History and Philology of the Institute of Asian and African countries of Moscow State University (later Institute of Oriental Languages), where he specialized in the study of the history of Arab countries and the Arabic language. In 1966-1967, he had an interned at Cairo University and  American University in Cairo (Egypt). In 1968-1970 he served as an officer in the Soviet Army, taught at the Military Institute of Foreign Languages of the Defense Ministry. Since 1972, he began teaching medieval history of the Arab world, Islamic studies and modern political development of the Arab countries in the IAAC MSU. In 1972-1977, worked at the Graduate School of Social Sciences in the People’s Democratic Republic of Yemen. Twenty years of his career devoted to the Institute of Oriental Studies under the Russian Academy of Sciences, where he was the Head of Department of the Arab Countries, then served as Deputy Director of the Institute, and throughout 1994-2009 – Head of the Center for Arab Studies. He is also President of a non-profit NGO “Center for Strategic and Political Studies,” Editor-in-chief of the “Vostok/ORIENS” journal, member of the advisory Scientific Council under the Security Council of Russia. He leads the Department of Regional Studies at the Faculty of World Politics at Moscow State University. PIR Center Advisory Board member since 2014. Member of the Trialogue Club International since 2018.