Russia supports the establishment of a zone free of nuclear weapons and other weapons of mass destruction and their means of delivery in the Middle East. Unfortunately, this particular zone in this particular region have not materialized, but we keep on trying 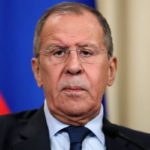 As a result of rapid economic growth in the Middle East countries in the region are increasingly facing the problem of energy security. In the modern competitive world the availability of reliable and sustainable energy sources is becoming a decisive factor. At this moment, the only realistic alternative to petroleum is nuclear energy.

However, the political situation in the region means that the governments that want to pursue nuclear energy projects are facing a particular set of challenges. The international community’s concerns regarding Iran’s nuclear program and the risk of religious fanatics coming to power in some countries in the region are creating barriers to the peaceful use of nuclear energy in the Middle East.

Experts of the project
Analysis
Materials
Documents
Orlov, Vladimir A.