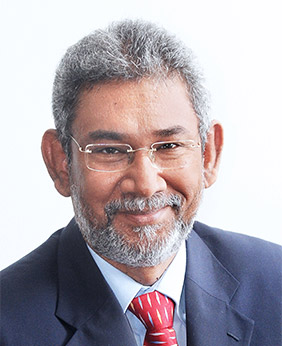 Also, Dayan Jayatilleka was a Permanent Representative-Ambassador of the Democratic Socialist Republic of Sri Lanka to the United Nations at Geneva and other International Organizations (2007-2009).  He was elected Chairman of the Governing body of the ILO (2007-2008) and Vice-President of the United Nations Human Rights Council (2007-2008).

Ambassador Jayatilleka served as Chairman-Rapporteur of the UN Human Rights Council’s Inter-Governmental Working Group on the effective implementation of the Durban Declaration and Program of Action of the UN World Conference against Racism, Racial Discrimination, and Xenophobia and Related Intolerance. He was also Coordinator of Agenda Item on “General and Comprehensive Nuclear Disarmament” of the UN Conference on Disarmament, and Coordinator of Asian Group, UNCTAD (2009).

Currently Dayan Jayatilleka is a Senior Advisor on International Relations to the Leader of the Opposition and Daily FT Columnist (Colombo, Sri Lanka) as well. 03/22