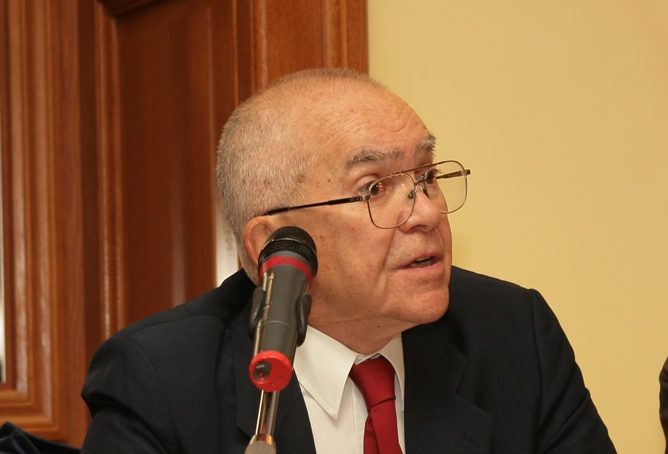 Main NONPROLIFERATION.WORLD “So it was” (HIS) Roland Timerbaev: memory gallery Archive

This personal archive of R. M. Timerbaev consists of his own writings, deliberations and notes as well as an imposing collection of monographs, periodicals and other materials in Russian and English pertaining to WMD nonproliferation and global security – everything Amb. Timerbaev made use of in his work, which gives an impression of his high professionalism and his wisdom of life. This valuable storehouse of knowledge is now available to everyone who is concerned about the problems of peace, security and nuclear weapons.

You can get acquainted with the list of all the materials of the archive of R. M. Timerbaev here.

On the memorial day of R. M. Timerbaev on August 21, 2021, PIR Center publishes some documents from his archive revealing the personality of Roland Mikhailovich Timerbaev:

2) a Soviet document based on the American book “Doubletalk” by Gerard Smith;

3) a letter to Professor Bill Potter from a senator from Delaware Joseph Biden Jr. dated December 8, 1992 and a comment on this letter from Ambassador R. M. Timerbaev dated December 15, 1992.

On the memorial day of R. M. Timerbaev on August 21, 2022, PIR Center publishes the following documents:

2) Notes about the outcomes of the Monterey conference that brought together for the first time in one forum a wide spectrum of eminent personalities from the governments, legislatures, academic world and media of Belarus’, Kazakhstan, Russia, Ukraine, and also the US, UK and Canada. (April 9, 1992).